Trial started this week in New York State Supreme Court in the enormous lawsuit  started more than two years ago by New York State Attorney General Letitia James against a litany of opioid manufacturers and distributors. The largest case of its kind in the nation, the suit seeks to hold participants in the opioid industry directly responsible for their roles in creating the opioid epidemic that continues to wreak havoc in our communities.

The suit alleges opioid makers and sellers engaged in a pattern of activities designed to conceal the true dangers of their products in order to sell more of it. The suit claims, among other things, that they provided disinformation to physicians and other industry health providers about the addictive properties of opioids, suppressed vital truths about its dangers, rewarded and punished salespeople based on the amount of money they generated for the companies on opioid sales, and turned a blind eye to blatant pill mill activities peddling illegal opioid sales, all in the pursuit of profit. Distributors named in the suit are alleged to have acted simultaneously as patient care management coordinators, making decisions based on profits rather than the wellbeing of patients whom they were under contract to protect.

Just 4 days ago, a settlement with J&J was announced wherein Janssen Pharmaceuticals (J&J's parent company) will pay $230 million over 9 years in restitution to New York State, the first half due as early as February, 2022. In addition, it will cease its sale of opioids in New York State. J&J announced its exit from the opioid industry nationwide.

The cases of Purdue Pharma (and subsequently the Sackler family), Mallinckrodt, and Rochester Drug Cooperative are currently moving separately through U.S. Bankruptcy Court.

"The eyes of the world are on New York today as we prepare to lay bare the callous and deadly pattern of misconduct these companies perpetrated as they dealt dangerous and addictive opioids across our state." - NYS Atty Gen Letitia James 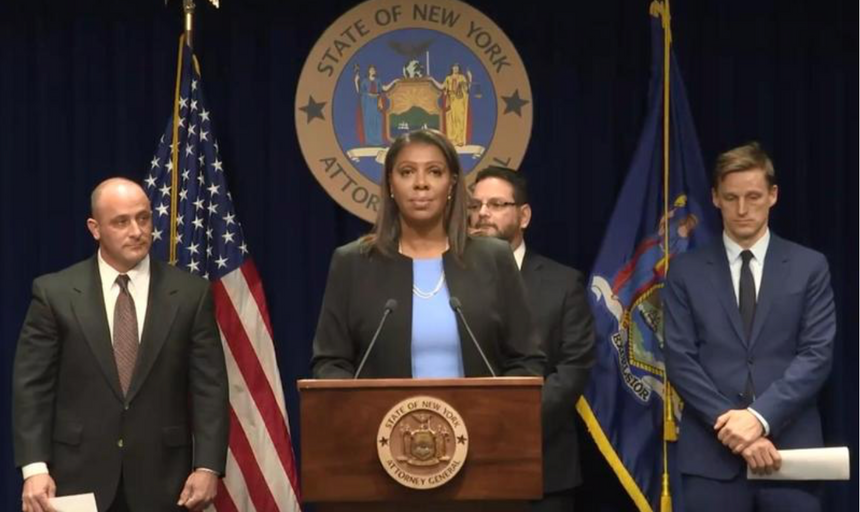