A group of State Attorneys General and two self-employed Texans were among those seeking once again to challenge the existence of the Affordable Care Act (ACA). Today, the Supreme Court rejected their suit.

Declining to reach the merits, the 7-2 Opinion authored by Justice Breyer held that the Plaintiffs lacked standing to bring the case because they had not shown injury ‘fairly traceable’ to the ‘allegedly unlawful conduct’ of which they complained.

Approximately 31 million Americans rely on the ACA, its standards and market access, for their health insurance.

For the third time in nine years, the Supreme Court has rejected the opportunity to effectively end the ACA, enacted in 2010.

At issue was whether the repeal of the individual mandate, the tax penalty that was repealed in 2017, stripped the entire ACA of its constitutionality to the point of rendering the legislation devoid of a basis to exist as a law. Even the most conservative Justices had appeared to reject this position when the case was heard on oral argument back in November, 2020.

The ACA previously survived Supreme Court challenges in 2012 and 2015. But the make up of the Court today is materially different from its composition during those earlier decisions, and the future of the ACA was in doubt. A majority on the Court willing to sustain the law was considered less secure. But today, only Justices Alito and Gorsuch dissented.

The Supreme Court on Thursday turned back its third chance to upend the Affordable Care Act, rejecting a lawsuit filed by a group of Republican state attorneys general claiming that a change made by Congress in 2017 had rendered the entire law unconstitutional. 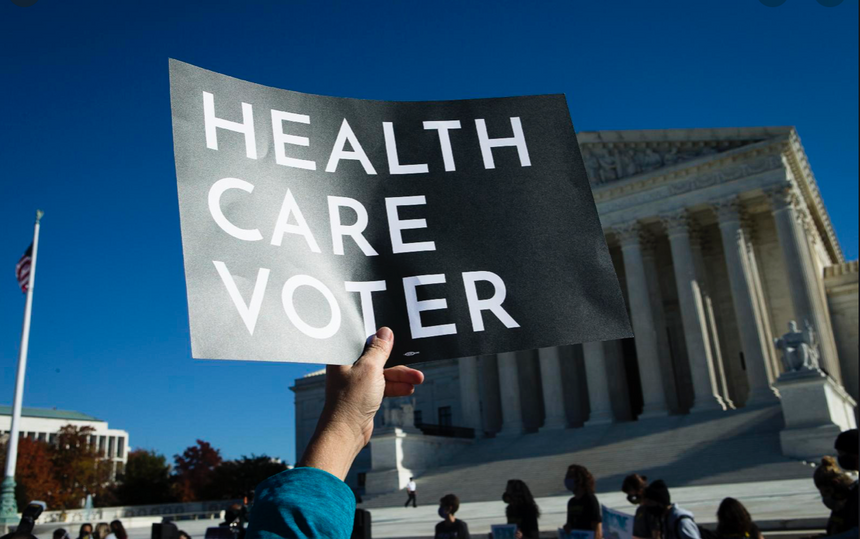