The ability of a business to effectively function depends on having a quality distribution of product. But a supply chain is only as strong as its weakest link. The five main pillars of supply chain management are: plan, source, make, deliver, and return. In the case of federal COVID-19 vaccine roll out, all five pillars have been stressed and challenged, and all are at the top of the list for current federal management to address.

Experts say early glitches in the appointment availability, product supply, and contract delays from the vaccine manufacturers were to be expected for such a large, unprecedented undertaking.

For example, each of the pharmaceutical companies in the running with COVID-19 vaccine emergency use in the United States has had serious issues with their supply chain management.

Plan: The most important step in any product rollout is to have a clear and realistic plan and to stick to it. There have been significant issues with the contracting used in the United States and abroad but publicly it was announced how many doses of each vaccine was expected in the U.S.

The U.S. government placed an initial order for 100 million doses of the Pfizer vaccine, for example, with the option to purchase 500 million additional doses.

Then there was the expected hand-off from federal government procurement to state, local, and private pharmacy distribution. There do not yet seem to have been any details worked out in advance for the hand-off.

Source: Vaccine manufacturers were required to ramp up for mass scale production by procuring vast amounts of raw materials to make the vaccines. There have been significant raw material supply delays and problems. While not saying specifically what materials were at issue in its delays, Pfizer did admit to ingredient shortfalls. The Wall Street Journal reported: "Vaccines typically contain materials from suppliers that can include antivirus agents, antiseptic liquids, sterile water and elements of the DNA of the virus itself that won’t cause serious symptoms but trigger the immune system to make antibodies." It could have been any one or more of these materials.

Make: Pfizer and BioNTech, which had never before manufactured mRNA based vaccines, had to engage this large scale production ramp up even before they received FDA emergency use.

They have two manufacturing facilities, one in Kalamazoo Michigan and the other in Belgium. They fell 50 million doses short of their goal for supply rollout in 2020, but are still stating they will meet the shortfall and produce an additional 1.3 billion vaccines in 2021 as originally pledged.

Deliver: The two vaccines that have been approved for emergency use in the U.S. both require refrigeration and have expiration dates that speed up after reconstitution. This puts food-grade pressure of timely refrigerated delivery and storage on the supply chain and many things can and have gone wrong leading to doses failing to be effective, requiring return, and having been spoiled. In addition, the concerns that the doses may be the subject of theft, counterfeit or sabotage are causing additional security delays.

Delivery of vaccines also requires trained staff to receive shipments, store properly, reconstitute when required, and administer into people's arms in facilities equipped to handle the scheduling of appointments, the receiving of hundreds or thousands of recipients per day, and tracking them so they can come back in 3-4 weeks for their second doses. This is proving to be especially difficult in states that were not well prepared, especially in rural communities.

Finally, delivery requires quality public education campaigns to maximize the number of people in every community willing to receive the vaccine, a particular challenge in underserved communities where healthcare disparities already existed.

Return: Roll out also must include awareness of inevitable product spoilage or other failure, and the need to expedite tracking of affected orders with return of damaged or defective product.

"We need really smart healthcare personnel, legal minds and technical data experts in this space because they’ll have to balance full transparency into the chain of this vaccine." Dr. Robert Handfield, Poole College of Management 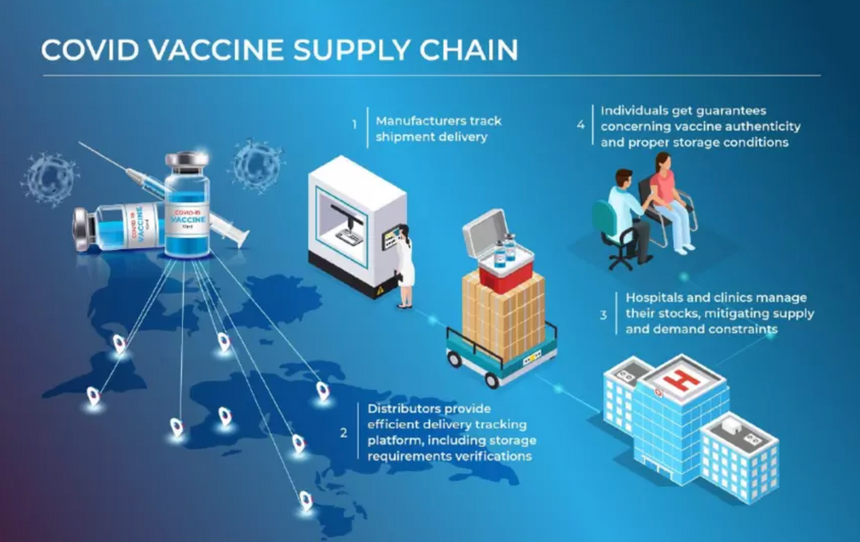