The lack of mass, available, free, fast and accurate COVID-19 testing in the US is the single biggest obstacle to efforts to contain the pandemic in our communities, frustrating medical providers and rendering maps of positive cases largely unhelpful. At this point, community spread,  which is spread between and among previously undiagnosed and unconnected individuals, not known to have been at risk, who have not traveled, and have not come in direct contact with infected individuals, has to be assumed.

Three different types of tests and a vaccine:

1.  Upper respiratory secretions and blood taken from a patient, where the RNA extraction method is used over the course of three separate testing points is the gold standard for testing.

2. The “Fast” test, also quite literally a single, on demand drive-up test available in some countries like South Korea and Germany. When deployed, they offer the ability to test tens of thousands of people each day. One has opened in New York State in the hard-hit New Rochelle community outside NYC, with more to come.

3. Antibody test. Not currently available is a test to determine if a person had the virus, but later got over it.

4. Vaccine. Estimates are that in about 2 months, as a rush-job, a model test will be able to go into the accuracy phase of development, which would be fast-tracked to take another 12-15 additional months before a vaccine would be available to the public.

The problems with test component supplies:

1. Extraction kits, pipets and sample containers are in low supply.

2. Reagents have been defective, and short supply. Suppliers worldwide are spread thin. Efforts to ramp up production are underway but results are not yet being made publicly known.

3. False or inconclusive results hampered the first roll out of tests in the US. This delay has not yet been made up.

The problems with available testing labs:

1. CDC in Atlanta. For months, this was the only location where accepted results could be obtained.

2. Public Health Labs, including the one here in Erie County, have capacity to test a couple of hundred patients a day, if at full capacity, fully stocked, fully staffed, but in actuality has tested no more than a couple of dozen samples a day thus far.

3. Commercial Labs have real testing capacity potential. Once they are stocked, they are best able to scale up fast and test millions in the US. Presently, again, accurate information about when that might happen is not being released.  Individually, some of these companies have announced unverified information that they are each less than two weeks away from the ability to test millions here in the US.

The problems presented by regulation:

1. FDA and CMS delayed approving additional testing labs and either did not have procedures in place or did not have recognized authority to make emergency exceptions for expediting approval.

2. The US Pandemic Response Team established during the Ebola outbreak was dismantled in 2018 and has not been replaced.

3. Previously at least two test samples per patient were required. With test kits in short supply, this was recently changed to one.

5. CDC has been changing the testing criteria, both expanding and contracting the definition of patients that can be tested. The changing criteria have been hampering physicians trying to decide on ordering the tests.

6. Plans for a federal coordination that has not yet happened, for managing many more seriously ill COVID-19 patients to come. Potentially this could happen through the use of federal emergency measures for FEMA, Homeland Security, or a Coronavirus task force. States that have been hard hit, including New York, are not waiting, undertaking efforts at containment and treatment that can be implemented faster through state and county level officials.

7. Approved federal funds to assist in these efforts have not yet been allocated.  Emergency measures to help infected people stay home, get unemployment or paid sick leave, have been blocked in Congress, but some progress on these issues appears to be underway.

The good news:  State and federal officials have said that when their tests are available, they will be free. They have also asked health insurers to waive current cost sharing portions of the other was $1,600 commercial test, to help encourage people to be tested, once tests are available.

Where testing has been a problem, containment issues have been soaring recently in New York, as have advance planning strategies by local and state organizations and offices. Protection of elderly in senior facilities, cancelations of gatherings, campuses, sporting events, theaters, and proactive hospital officials planning ahead for large numbers of very sick COVID-19 patients that could overwhelm the currently available hospital beds are all well underway. Labs ready now but lacking the slow federal “positive” designation in place, are nonetheless moving ahead with their own testing, and calling the positive results “presumptive positive” until the federal designations can catch up.

“The lack of testing in the United States is a debacle,” said Dr. Marc Lipsitch, a professor of epidemiology at the Harvard T.H. Chan School of Public Health. 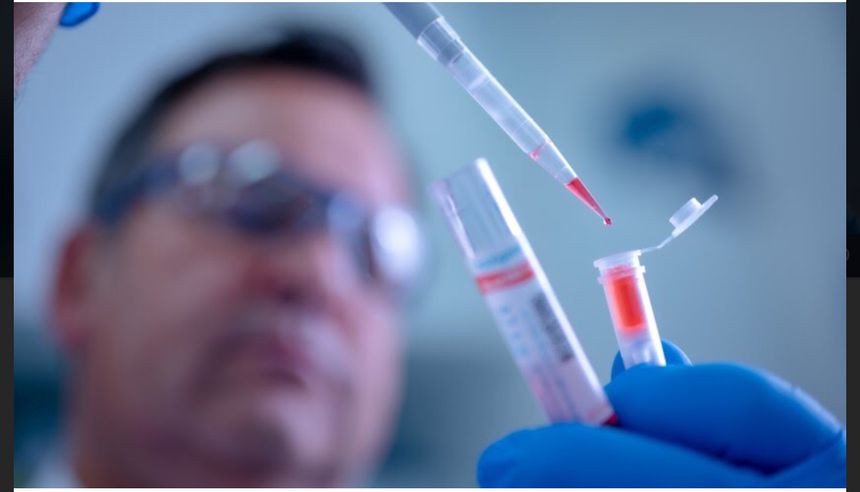