Nearly 10,000 years ago, an ancient human chewed on birch pitch, an early form of chewing gum, then discarded it.  Thirty years ago, it was discovered in an archaeological exploration in Denmark. Earlier this year, a student in a nearby Swedish University had an idea - could ancient DNA be extracted from the blob of birch pitch and, if so, what might it tell us?

Today the full report on another ancient piece of chewed birch pitch studied this year was published in Nature Communications, and the revelations of what can be found in these artifacts are staggering.

Not only was some human DNA indeed extracted from the blob of gum that was carbon-dated to 5,700 years ago, but a complete human genome was reconstructed that tells us what the chewer of the gum looked like, ate, how she lived, and vast information about her microbiome, from which researchers say they can get microbial DNA. We are going to need a new Jurassic Park movie after these discoveries.

Named Lola, she was probably young at the time she discarded her chewing gum, around the year 3,700 B.C. She had dark hair, dark skin, and bright blue eyes. She was a hunter-gatherer, whose most recent meal before chewing the birch pitch was duck and hazelnuts. Her genome revealed that she was lactose intolerant, and she had the presence of bacteria indicating periodontal disease, streptococcus pneumonia, and the Epstein-Barr virus, though she was probably in good health at the time she left this saliva in the gum. Her information will prove valuable when studying diseases of today.

Researchers noted there were plenty of government administrators who scoffed at the museum cataloging and storage of these items over the years. Now, it appears these items contain priceless information about our human past, and may provide us great help for our current health research.

"For the first time, scientists used 5,700-year-old saliva to sequence the complete human genome of an ancient hunter gatherer, as well as the world of microbes that lived inside her." 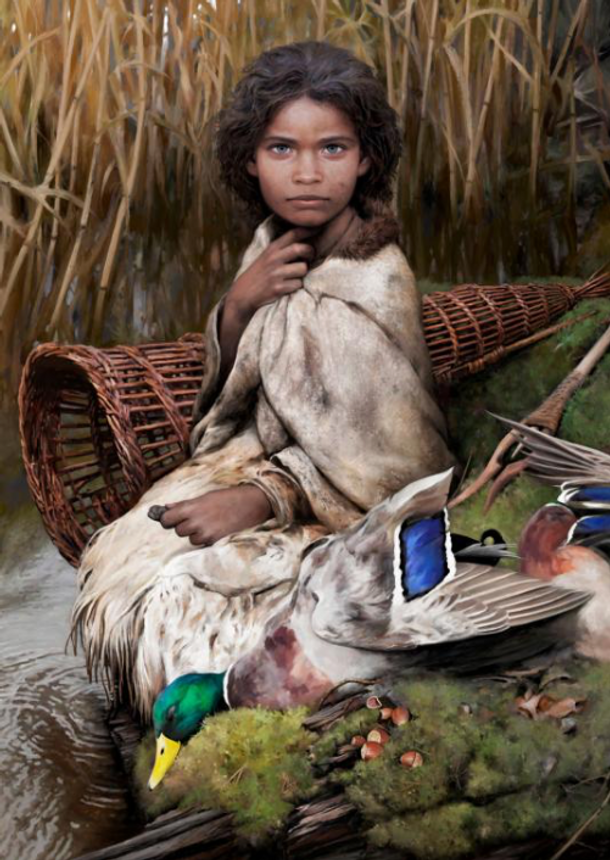